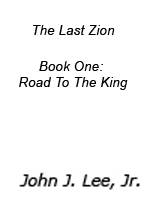 The Last Zion is a historical fiction, dramatic action adventure trilogy opening with Book One: Road to the King. By ruthless intrigue, in 681 BC, Esarhaddon became Assyria’s Emperor, soon after setting siege to centuries-undefeated Cylicia, a Zion kingdom.  The Last Zion: Road To The King  reveals the clash of wills and might, allegiances and power, between Cylicia’s king and Assyria’s emperor.  For impoverished brother and sister Ruth and Shem, the battles were hardly a distraction from their daily survival- until they were inescapably sucked into the center of the molten hot conflict.

This world-changing clash is recounted principally through the lives of a brother and sister on an impossible quest to reach Cylicia’s king.